Full discolure: I didn’t actually do all of these things before III came home… some of them I did and some I just wished I had done.  There are tons of “preparing for baby” posts out there and I found that they mostly say all the same things… and to be honest, they’re kind of obvious. You don’t want to bring baby home to a messy or dirty house.  So yes, put things away and wipe down, vaccuum and disinfect your little pregnant hearts out.

But there were a few really unique tips I got and things I realized would have been better to tackle before I got home.  For example, I was going to totally purge, sort and organize my master closet as my “maternity leave project.” LOLZ, right? You know what your maternity leave project is? Tending to a newborn’s every need…. and just about nothing else. Maybe a few naps…. a shower here and there.  Unless someone has the world’s chillest baby, there will be no massive organizational undertakings happening in what little time a working mom gets to stay home with their super cute tiny human.  Which leads me to my first and probably most obvious tip…

For those first time moms who have been spoken to for months like you don’t know anything..I won’t bore you with the obvious things like general cleaning (maybe even hiring someone to come in and do a deep clean for you the week before delivery), pet hair eliminating , etc.  I think you’re all probably smart enough to figure that stuff out.  Hope this was helpful!!  I’ll leave you with a pic of III’s nursery (the last time it was clean…. before he was born.) 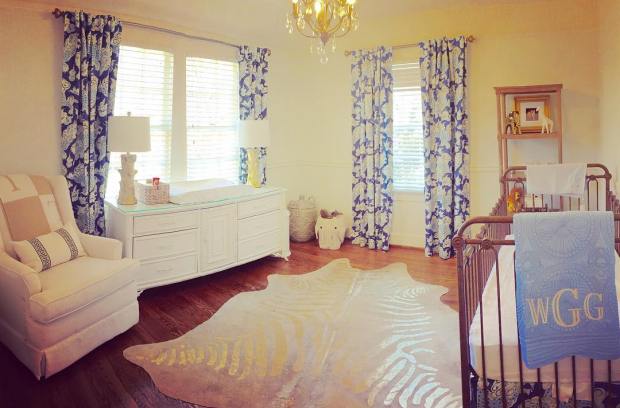